AgStewardship Australia was established in 2010 to support the nation’s reputation as a producer, manufacturer, and exporter of world-class food and fibre products. By sharing the principles of product stewardship with our partners, we promote the development, manufacture, sale, use and disposal of agvet chemicals. Australian governments have supported waste reduction programs as a key policy response to address concerns about the environmental impacts of production and the waste generated, which secures our reputation and warrants ongoing access to valuable domestic and overseas markets. Agsafe’s voluntary stewardship programs, drumMUSTER and ChemClear, are environmentally-sound waste management programs. Both schemes are funded through by a six-cent per L/kg levy on the sale of agvet chemicals, collected and managed by AgStewardship Australia. drumMUSTER and ChemClear programs are the nation’s flagship programs for agvet chemical stewardship, leading the way for the collection and ethical disposal of farm chemicals and containers. AgStewardship Australia has four member organisations:

Ken Matthews is a private consultant specialising in agriculture, water and government issues with a national focus.

Before his retirement from full time work, Ken was the Secretary (CEO) of the Federal Department of Transport and Regional Services from November, 1999 to October, 2004, and from February, 1998 to October 1999, was the Secretary of the Department of Agriculture, Fisheries and Forestry. Immediately prior to his retirement, Ken was the inaugural Chairman and CEO of the National Water Commission.

Damien grew up on a mixed cropping and livestock farm in North East Victoria. After graduating from La Trobe University with a degree in Ag Science and Honours in Ag Economics he joined the ag-chemical division of ICI (now Orica). Corporate sales and marketing positions in ICI and later Landmark led to a desire to take a on a more entrepreneurial challenge. After resigning from a senior executive position in Landmark, Damien founded Sipcam Pacific Australia in 1997. Over the past 20 years Sipcam has grown to become a Top 10 player in the Australian ag-chemical market. Damien is currently Vice President of Croplife Australia and was, for many years, Chairman of Agsafe. He is a Fellow of the Australian Institute of Company Directors and a Fellow of the CEO Institute of Australia. He has pursued a lifelong passion for agriculture and continues to enjoy time on the fourth-generation family farm.

Nicolas Shortis is the CEO of Troy Laboratories, an Australian animal healthcare company founded in 1958. Troy is a leading Australian developer and manufacturer of animal health medicines with its headquarters and facilities located in Western Sydney.

Prior to his role at Troy, Nicolas has held various senior leadership positions in private and public pharmaceutical and medical technology companies leading organisations in Australia and across Asia. Nicolas is also a Director of Animal Medicines Australia and is passionate about the health and welfare of animals.

Born in Australia and an Australian citizen, parents migrated to Australia from the Netherlands in 1951. Married to Leanne and we have 3 adult children, our son currently runs the farming business.
Till the age of fourteen raised on a dairy farm in the Yarra Valley Victoria.
In 1974 the family purchased and moved to a mixed farm in Corowa NSW and disposed of the holding in Victoria.
I completed my secondary education at Corowa High School and then gained employment as an apprentice Aircraft Maintenance engineer at Trans Australia Airlines (T AA) after 5.5 years in Melbourne I returned to the family farm first as a share farmer and then leasing the property from my parents.
My wife Leanne and I purchased additional parcels of land and the original holding has grown from 653 ha to 1633 ha.
Currently the business operates;

I served as a councillor on the Corowa shire council for 2 non-consecutive 4-year terms one year as Deputy Mayor
NSW Farmers Association involvement; Have been a member of executive council, Cattle committee and The Cattle Committee chair the NS WF A Board, Vice president and currently President of NSWFA.
Appointed a Board member for the NFF Board of Directors on 28 November 2017.

Jim Adams is President and Executive Director of the Veterinary Manufacturers Association (VMDA). A founding member of the VMDA, Jim has been in the veterinary pharmaceutical industry for more than four decades. He has held executive and general management positions in wholesale distribution, import and marketing, and manufacturing. Jim sold his veterinary manufacturing business Delvet in 2010, and has maintained his involvement in the animal health industry via the VMDA and his consulting business, liaising with government and other industry associations on regulatory and policy issues affecting farming and the animal health community generally. 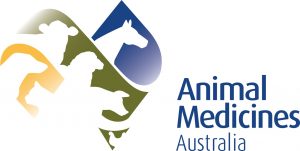 CropLife Australia represents the developers, registrants, manufacturers and formulators of plant science solutions for use in agriculture and the management of pests in other settings. Member companies produce the majority of crop protection and biotechnology products used by Australian primary producers to protect plants from pests and diseases, and help control weeds. 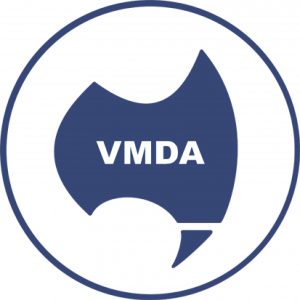 The Veterinary Manufacturers and Distributors Association (VMDA) represents manufacturers, importers, registrants and distributors of all classes of veterinary medicines and animal health products. With more than three decades of experience, the organisation works to promote and protect the Australian animal health industry by working with government, and bringing together members, suppliers and customers.